An inspiring list of the top 15 books about Abruzzo compiled with the help of 3 Abruzzophile book-loving friends; these titles encompass art, food & drink, travel, history, fiction and biography, and hopefully will help readers get to know, understand and cherish the real Abruzzo beyond the boundaries of a standard guidebook. 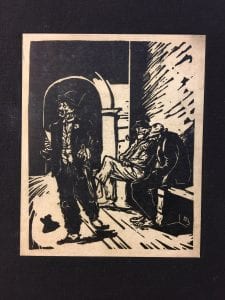 Son of Italy by Pascal D’Angelo 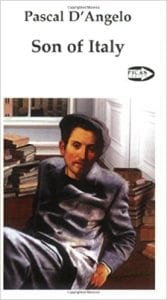 D’Angelo’s semi-autobiographical work starts with a look at rural life and the superstitions of Abruzzo before following his journey from Introdacqua to the USA as an immigrant labourer, along the way raising questions about the value attached to success, assimilation and the often inhuman treatment such immigrants experience.

The Little Virtues by Natalia Ginzburg (1962) 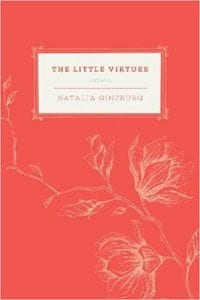 Natalia Ginzburg (née Levi), one of the most distinguished writers of modern Italy. During the 1920s and ’30s, as Fascism was taking hold, her family and the circle of intellectuals and artists with which they were connected were actively anti-Fascist. In 1938 she married the scholar Leone Ginzburg, and they spent the early war years in political exile in Abruzzo. During this time Ginzburg wrote her first novel, La strada che va in città, published in 1942 under a pseudonym because of the racial laws limiting the rights of Jews.

“Her first personal essay in this volume, ‘Winter in the Abruzzi’ is a dear piece she wrote after a period of exile in the town of Pizzoli (AQ).” Helen Free 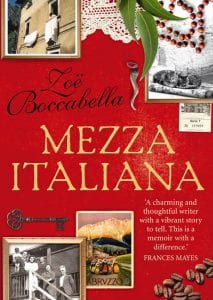 Growing up in Brisbane in the 1970s and ’80s, Zoe Boccabella knew if you wanted to fit in, you did not bottle tomatoes, have plastic on the hallway carpet or a glory box of Italian linens. But despite her best efforts Zoe couldn’t shake the unsettling sense of feeling “half Australian / mezza italiana”. However, a visit to her family’s ancestral village of Fossa in Abruzzo immerses her in a world of medieval castles, mystics, dark forests, serpent charmers and witches, and she begins to appreciate the preciousness of her heritage and the stories, recipes and traditions of her extended Italian family become a treasured part of her life…then the earthquake hits…

On the Spine of Italy: A Year in the Abruzzi by Harry Clifton (1999) 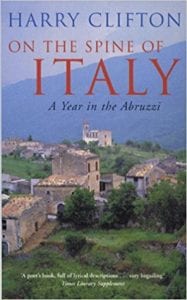 A raw account by the Irish poet Harry Clifton of his year in a village in high Abruzzo in an abandoned parish house.

“The book really captures the melancholic mood of a remote mountain village in the Abruzzo.” Peter Austin

“This book offers the reader much more than personal reminiscences about spending a year with a wife, in a foreign place. The depiction of the harsh winter in the mountain village still haunts me long after I have read the book. The author is sensitive to both nature and the ways of the people who live around them. Season after season nothing changes but Clifton and his wife, both writers, are changed from what they have experienced.” Anna Noble

A stunning photo-journal of the region by arguably the best landscape photographer of his generation. In Abruzzo, Michael Kenna found a cultural identity that for the most part elsewhere has been lost to globalisation and instant communication. He photographed medieval ruins, ancient villages and a countryside rich in traditional cultivation. He wandered through serene and poetic places where it is still possible to stop, meditate, and enjoy the restorative beauty of silence whilst experiencing the sense of history they exude. 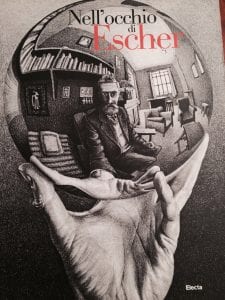 “This catalogue of Escher’s work features drawings of Scanno, Opi, Goriano Sicoli, and Castrovalva created between 1929-30. View the art and then visit the towns to fully enjoy Abruzzo through Escher’s lens.” Helen Free 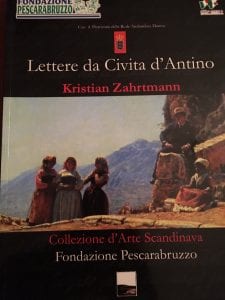 “The art catalogues published by Fondazione Pescarabruzzo give a satisfying glimpse into how Scandinavian artists saw Abruzzo in the late 19th and early 20th century. The painters in Kristian Zahrtmann’s art school give us a look into the local people and landscapes of Abruzzo.” Helen Free

An illustrated account of a tour through Abruzzo in the lead to the 1st World War by an Anglo Italian and her Italian father.

“Canziani passes on the many tales that she is told, and as such, this is a rich source of folklore and traditions.  At the same time, she displays an irritation with the people that suggest that she looks down on them.” Peter Austin

“A vivid travelogue of early C20th Abruzzo worth having for its illustrations alone.” Sam Dunham

Regarded by scholars as a culturally significant work, this 1907 publication recounts Anne Macdonell’s trip through the Abruzzo. The following year a book of her experiences and observations, of history and folk tales, and of course the watercolours of Amy Atkinson was published.

“Anne and Amy show a much greater love for the people, and at the same time their research is much deeper, producing a far more authoritative book on the regions’ history and culture.” Peter Austin

“If you only have time to read one book on Abruzzo this is it.” Sam Dunham 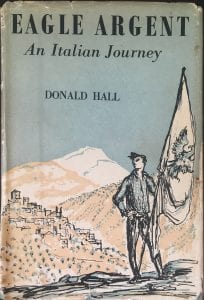 Many people know Italy, but it is a country so rich in treasures and natural beauty that few have time for the remote parts and fewer still have the ability to get to know Italians.  Donald Hall set off in a little Fiat to explore the Abruzzi, Molise and Le Marche.  His encounters with the people of the regions are retold with an unjudgemental humour and genuine appreciation of their poverty and daily hardships helps throw light on Italian character and conditions today.  Go with him over mountains, through peach orchards and olive groves to ruined monasteries and remote hill towns

“This book can only be purchased second-hand but Hall has also written a book about his travels in Romania in 1933, which was recently republished in paperback. It is hoped that enough interest in the title above, would also encourage republication because there is no other book I know of that captures the Abruzzi art, architecture and people so well.” Anna Noble

This was Lear’s first book, published in 1846, and an account of his travels in Italy. These illustrated excursions resulted in an invitation from Queen Victoria, then 27 years old,to give her lessons in drawing.

“The illustrations are so beautiful, and Lear has such a great, easy going, style of writing. He is full of fun and clearly has a warm spot for the crazy Abruzzesi that he encounters on his trip through each of the provinces. He even had to learn to ride a horse to get there…” Peter Austin

Excursions in the Abruzzi by Richard Keppel Craven (1838) 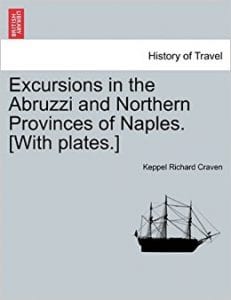 “I am sure that this would be Anne Macdonell’s number one suggestion. The pompous Keppel Craven made her smile, but nonetheless, this is a major early work on the region with accounts of many places and habits you will still find familiar. He also comes across some of the truly huge flocks of sheep.” Peter Austin 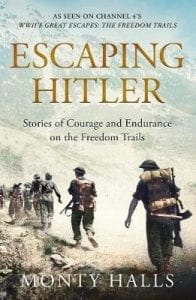 “For those that didn’t manage to catch the documentary, this companion book is worth a read.  Although it is not wholly dedicated to Abruzzo, the story of  British PoW Len and Rosanna in Sulmona illustrates the terror of 2nd World War occupation, Fifth Columnists and the power of resistance.”   Sam Dunham 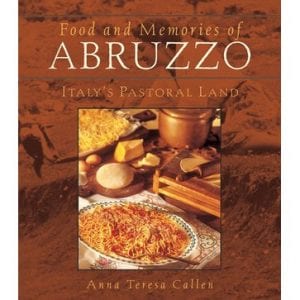 “THE cookery book to own if you want to replicate the food of the Abruzzo but the American measurements can challenge the European cook.

The author is now deceased and so the cost of buying the book has soared but it is still to be recommended. Full of anecdotes and entertaining family stories, it can be either an entertaining holiday read when in the region, or very useful when wanting to find a traditional recipe, written with clear instructions.

I gave my copy away, when in the Abruzzo 2 years ago, to Belgian people there. It was appreciated for the unique gem it truly is.” Anna Noble

With grateful thanks to each of our talented contributors

Helen Free,  read her excellent blog Hang on to the Vine

Peter Austin, check out his wonderful photos of Abruzzo

Receive all our latest posts, offers and giveaways straight to your inbox
Your information will *never* be shared or sold to a 3rd party
204
SHARES
ShareTweet