Here’s how to make the most of Pescasseroli,  the small capital town of the ‘Abruzzo, Molise and Lazio National Park’ whose ancient beech forests were recognised as a UNESCO Heritage Site in 2017. Our tips on who to go on hiking with, where to sleep, eat, and how to even take home a little bottle of perfume to help bring back memories of Europe’s most bio-diverse park.

Pescasseroli is one of those rare Abruzzesi mountain towns that lends itself to a visit both in the summer and the winter.  Its position in the flat lands of the Upper Sangro Valley, surrounded by mountains that rise up between 900 and 2250 metres above sea level was described by its most famous son and philosopher Benedetto Croce as being a place of fables and dreams.  Here was a place one could go to be blanketed in the snow, where mothers told stories on stormy nights in front of loud fire.  Stories of strong and  hearty men, soldiers and bandits, shepherds and sheep, hunters and bears.  The bear stories were the best because the animals are more lively than people.

Pescasseroli’s place in history grew from the medieval period simply because of its lucky geographical location that meant it was one of the starting posts for the transumanza (Italy’s bi-annual sheep migration that saw flocks taken south for the winter).  A drovers road still connects the town to warmer, southerly destinations down in Apulia’s Candela where shepherds used to keep their sheep over the winter.   The town’s famous festa has been held on the 8th September for centuries… no coincidence that their patron saint’s day marked the bi-annual migration south of people and animals.

Legend has it that the ruling baron’s son Serolo fell in love with a girl named Pesca during the Crusades, she was killed by his father who wanted her for himself.  Pesca died of grief and above his tomb grew the town, hence the name Pescasseroli.  Originally the town was positioned on top of the nearby hill, (its crest insignia translates as ‘high, steep place’),  unusually locals moved the town into the valley as their way to safeguard against Italy’s earthquakes. You can still explore the remains of the tenth century Castel Mancino on the town’s upper outskirts which was built against the invading Hungarian & Saracens.

80% of the National Park is in Abruzzo

By  the C19th the area around Pescasseroli had become more famous as a royal hunting reserve for Europe’s aristocracy than its sheep route; it was their preferred place to hunt bear, namely today’s endangered Marsican bears rather than wolf which were considered vermin.  However, lodgings in town weren’t enough to support the faltering pastoral-model economy resulting locals migrating in droves.   A biologist, member of parliament, and the Italian Touring Group lobbied for the crown to give up the reserve and in its place create what would become Italy’s oldest national park.  The Fascists ran with the idea as a means to further their own ‘land grab’ aims and  Mussolini’s government passed the decree in 1922 to create the national park that Pescasseroli would manage.  A walk through the the town today reveals a nod to all its incarnations; what some have described as a country boulevard around the town created at the time of the park, age old stone houses set in sleepy backstreets that house small family shops whose aromas & colours stop you in your tracks;  stunning balconies that bulge and spill with assorted flowers that shout a family and community still thrive here. 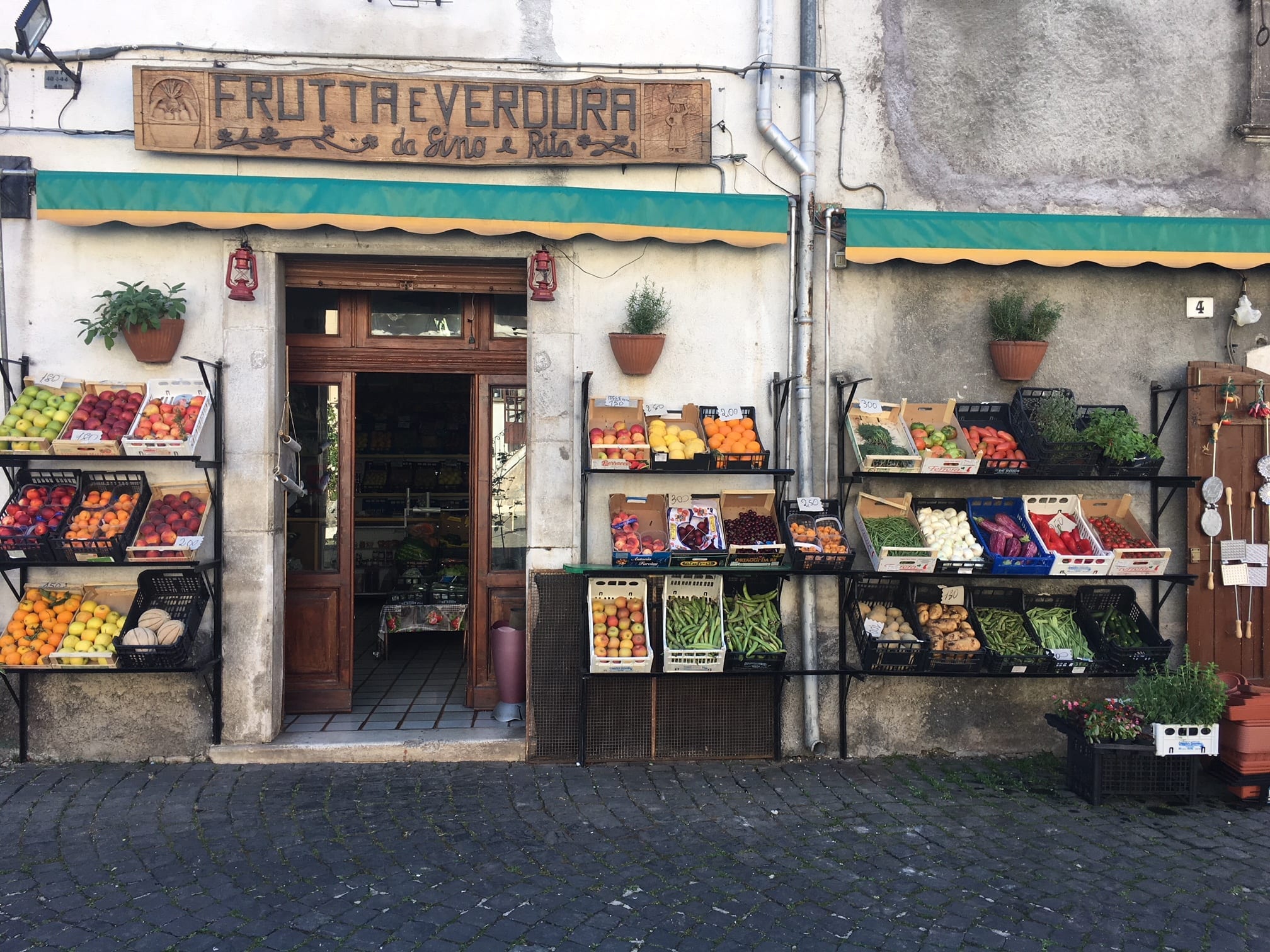 This Town is Made for Walking

You cannot visit Pescasseroli without taking  a guided walk, the scenery is breathtaking and even if it is a late afternoon ramble to gently walk off lunch, it would be a crime to leave the town without going on one and there are ones for all levels.  You can walk surrounded by the highest peaks, Monte Marsiciano  (2252 m), Monte Petroso (2249 m) and Monte Meta (2242 m) that are estimated to be 160 million years old, and formed when the area was still deep in seas.  In the summer the animals graze up high, for the fresh grass that has been under a mantle of snow, in the limestone climbers still pick out the remains of coral reef.  For those who are interested in caves, Karst are a geological phenomenon to the surrounding area that leads down to underground rivers.

Check out the fab Forestbeat video of a Rubbing Tree over 365 days which shows just how rich the biodiversity of the animals who live in the woods around Pescasseroli and use this tree as a marker on their daily journey.

Hiking in the National Park From Pescasseroli

The easiest and safest way to hike around Pescasseroli is to hire a guide.  We joined Valeria from Wildlife Adventures for a sunset bear hike in early June.  Their modern offices also host wildlife exhibitions in the upstairs gallery.  She kitted us out with appropriate warm clothing as obviously it is cooler higher up, and drove us out to the north of the town for a 4-hour hike.  We’d be looking to catch a glimpse of the Marsican bears through binoculars and a digiscope as they made their way up and down the mountains as they searched for fresh young grass that the melted snow had revealed.  Other species you could spot are chamois, deer, wolves, eagles and and hares.

Valeria provided fascinating nuggets of information in excellent English whilst still allowing us to listen and take in the sounds of the park, always ensuring that we were comfortable with the rhythm of our walk. Despite not being the fittest two friends ever out on a trail, we felt stretched but proud to have made this memorable walk especially walking in the footprints of a young male bear that had been taking our track earlier that day. The company makes sure they alternate their trails so that the wildlife  don’t feel invaded, ours took us through a wooded gorge with ancient trees host to the most beautiful lichen and a floor that was filled with buttercups and forget-me-nots up into a high meadow where we sat to watch the wildlife.  If you take one of these bear-watching hikes Wildlife Adventures contribute €2.50 to the marsican bear charity, Salviamo  ‘Orso who do so much to help this endangered species, vaccinating local & farm dogs so that they don’t transmit distemper to the bears, fencing for the farmers, “slow down” road signs and blue reflectors to name just a few.  If you don’t catch sight of a bear and want to find out more visit the Bear Centre in town. 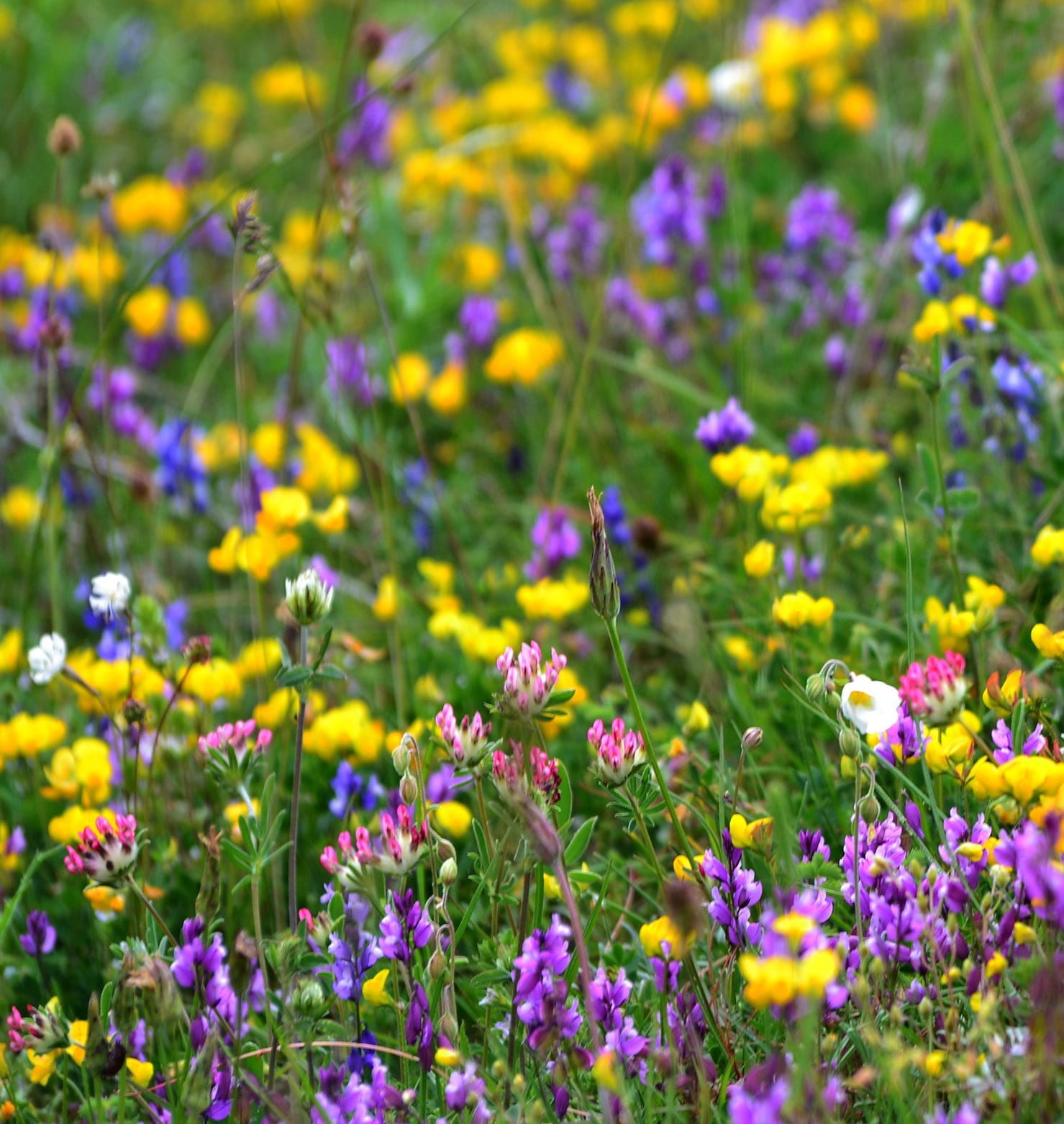 Other walks that Wildlife Adventures offer are:

Wolves & Shepherds, a 2-day hike through lush meadows following wolf tracks and which allows you to take in the high peaks and spend time wildlife watching.  Accommodation and dinner is a refuge.

Photography trips and an annual 2-day transumanza the first weekend of June for those who would like to follow in the footsteps of the shepherds.

Children that can get frustrated not getting as close or touching wildlife as they would like there is A Day as a Bear  (Un Giorno da Orsi) that translates into an afternoon  that is educational and leaves children really knowing the life cycle of a bear.

Make the Most of your Visit  with Local Events

The official website of the park has an extensive list of what’s on in around Pescasseroli town as well as Pescasseroliew’s facebook page during your stay, check our new calendar too for what’s on in Abruzzo.

Just south of the town is the heavily restored 12th century abbey Santi Pietro e Paolo which hosts  the Crowned Black Madonna fashioned from poplar, the area was noted for its woodworking.  She is celebrated on the 8th September when locals bring the Black Madonna to the altar, dressed in royal robes and crowned with a golden crown, while Marian litanies are sung. The next morning, after mass, she is carried through the streets in a great procession with marching bands and bells ringing. After the procession she is undressed again to the accompaniment of litanies.  An eternal lamps burns before her image and its oils is said to have healing properties which are administered to humans and animals alike and the local Priest distributes this oil to those who need it when they are undressing her after the festa. 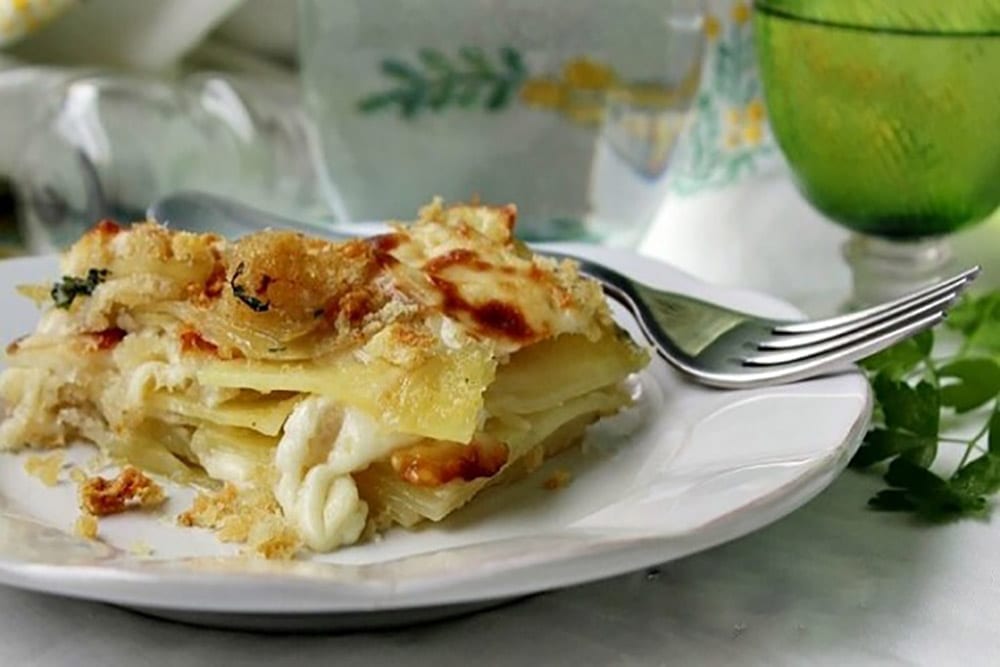 Patate Maritate, is a layered potato gratin type type dish interlaced with plenty of breadcrumbs flavoured with garlic, parsley and pecorino cheese, have a try at home using this recipe.  Ask if anyone is serving this or the gnocchi made with the goose-foot shaped mountain spinach (jorabi) that grows 2000 masl predominantly in the higher meadows grazed by the sheep.  Expect pasta sauces to be robust with thick strands called carrati,  recommended for the area is rape del pastore, fettuccine alla Marsicana, rabbit in an egg and lemon sauce, and of course grilled scamorza cheese.

The blogger Bread, Cakes &Ale rave about bread from Il Vecchio Forno if you fancy taking some pizza bianco along with your on your hike for a snack. You can find in Piazza Vittorio Emanuele III catch them on Facebook. 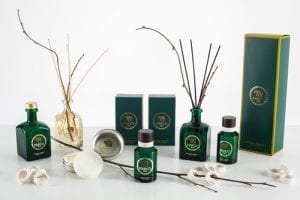 arco 1923 is the eau de toilette has been created as a wearable essence of the park’s ancient forests and fresh flora and fauna.  Top notes are juniper and angelica; middle notes are honeysuckle, broom, laburnum and iris; base notes are oakmoss and birch.  Not only would it be a fragrant way to rekindle memories of being out in the park, it would make a great present for relatives who grew up in the area but had to leave. For each bottle sold 1 euro is donated towards the park’s conservation fund of local flora. 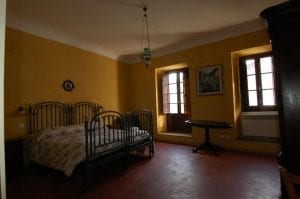 Highly recommended is a stay at B&B Via della Piazza run by the super kind Salvatore.  A quirky but wonderfully comfortable brick and stone house from which you can see the remains of Castello Mancino.  Our room was super clean quiet and decorated with original early C20th furniture, the breakfast was excellent with a wide choice of pastries, coffee and juice and cereals, with eggs available for those that wanted them.

How to Get to Pescasseroli

By car is by the best way to explore the surrounding area, there is plenty of parking in Pescasseroli.

From Rome: (A24  Motorway, Rome – L’Aquila): from Rome highway A24 until Pescina exit, proceed on SR83 or on SP17 until Pescasseroli.

From Pescara: (A25 Motorway Roma – Pescara): from Pescara highway A25 until Pescina exit, go on towards SR83 or towards SP17 until Pescasseroli.

From Naples: (A1 Motorway Naples – Rome): from Naples highway A1 until Caianello exit, enter SS85 towards Venafro and then proceed on SR83 until Pescasseroli.

Public Transport: You can arrive by bus thanks to daily connections from Castel di Sangro and Avezzano. Check the timetable on the the website www.arpaonline.it.

Connections by train are only until Avezzano station. For those who come from Rome it is possible to check the timetable of Prontobus company that connects Roma and Ciampino airports to Abruzzo.

Receive all our latest posts, offers and giveaways straight to your inbox
Your information will *never* be shared or sold to a 3rd party
339
SHARES
ShareTweet

A Guide to Getting Married in Abruzzo, Italy